(For the first post in this series, see Mark’s Adventures Underground Part 1.)

‘Mark’ first had to make his way over the old dam… 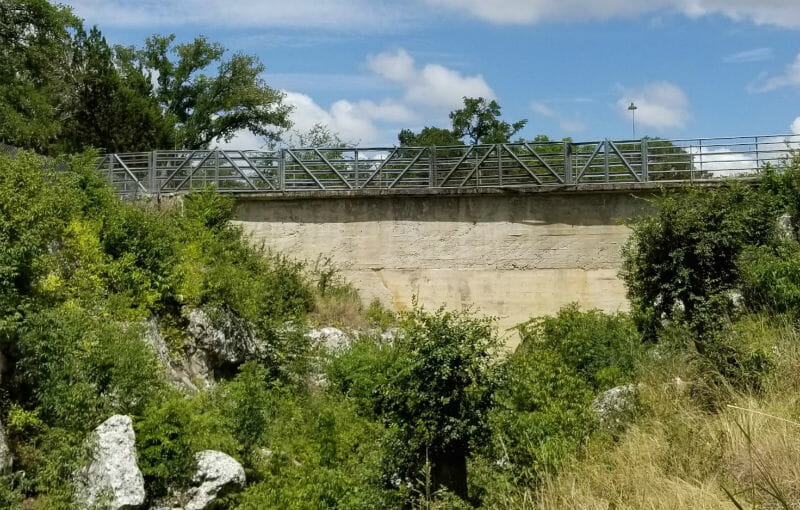 Then, he had to make his way down labyrinthine stairs… 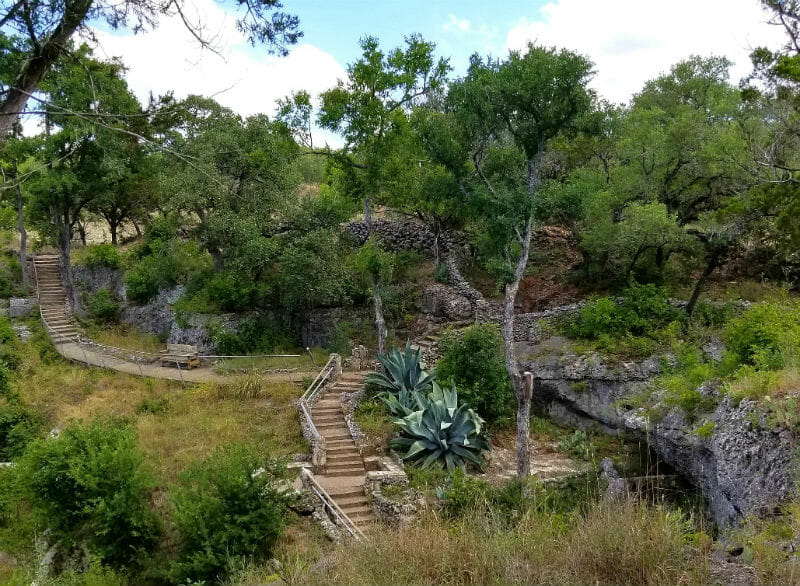 Some of the winding, treacherous stairs of Cascade Caverns.

To do so, he had to make his way safely past the fierce guardian of the caverns, a wrathful centuries-old century plant… 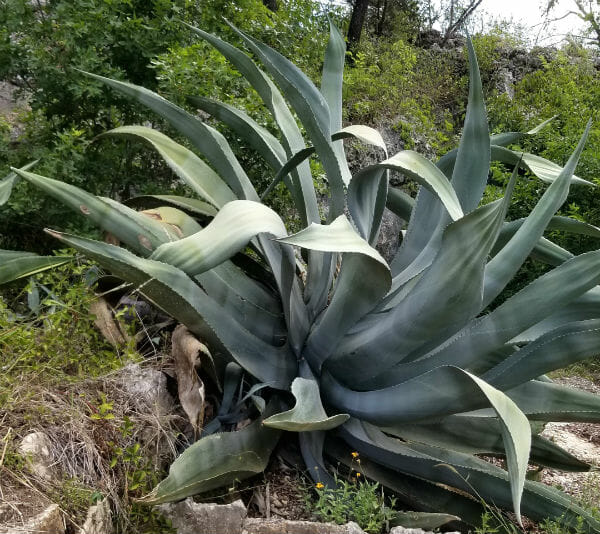 Watch out, Mark, for those grasping arms and their sharp points!

…until at last the frightening entrance to the underground realm presented itself to him! 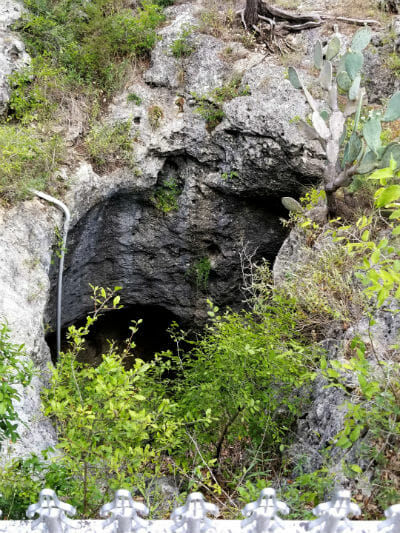 The hidden entrance to the underground.

With great care and much effort, ‘Mark’ made his descent. Many a time during this process he thought his days were at an end! At long last, however, ‘Mark’ reached the floor of the mighty cavern with his heart in his throat but his body intact. 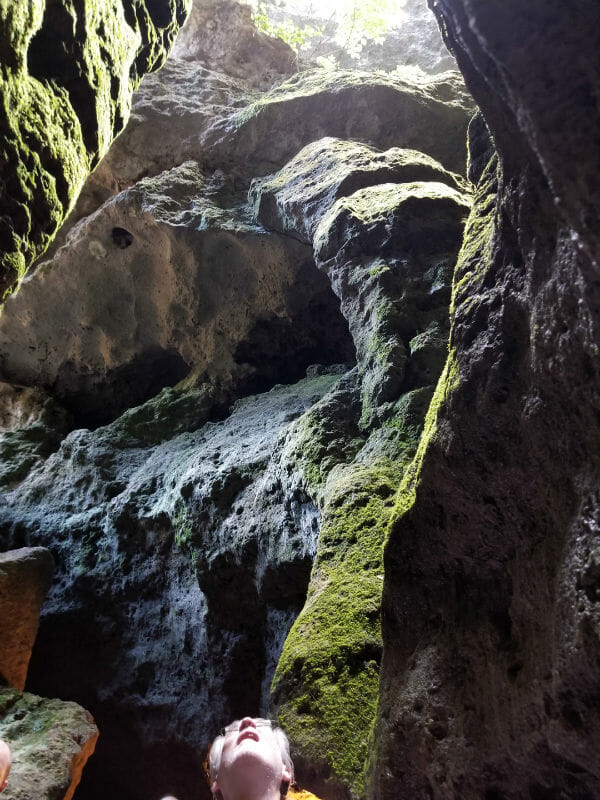 Mark cannot believe he has made it all this way unscathed.

It was, of course, dark underground and so ‘Mark’ had to light his way with a flashlight. Eventually, however, the batteries gave out, just as they did for Alex, Hans, and Professor Lidenbrock in the equally historical Jules Verne account. 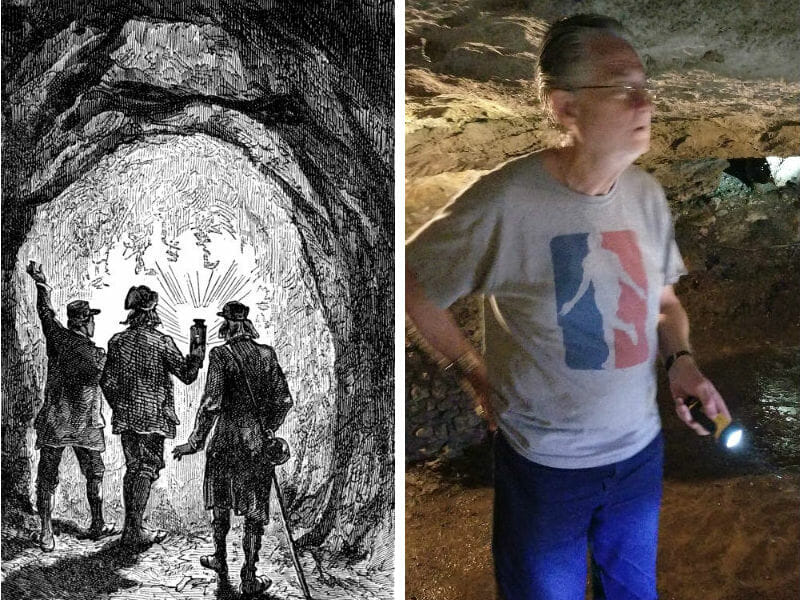 Spelunking is easy as long as you have electric lights, but what about when the batteries give out?

Fortunately, at that point mysterious beings of light appeared dancing around his head. ‘Mark’ responded to their beckonings, and they led him on his way. 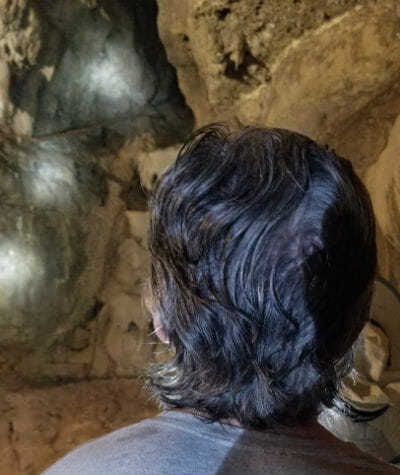 They are like so many Tinker Bells lighting Mark’s path before him.

They brought him to a community of kindly ood, who, though petrified, were able to advise mark to avoid bee-hive-like structures that housed dangerous xenomorphs eager to leap out and take hold of hapless passersby…

On the left, the friendly ood; on the right, the treacherous xenomorphs. 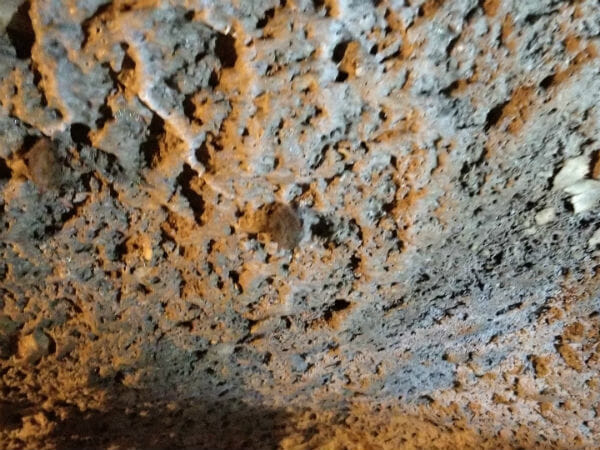 A friendly brown bat tells Mark where to go.

…who informed ‘Mark’ that, for a long time, he must follow watery underground ways; which ‘Mark’ proceeded to do… 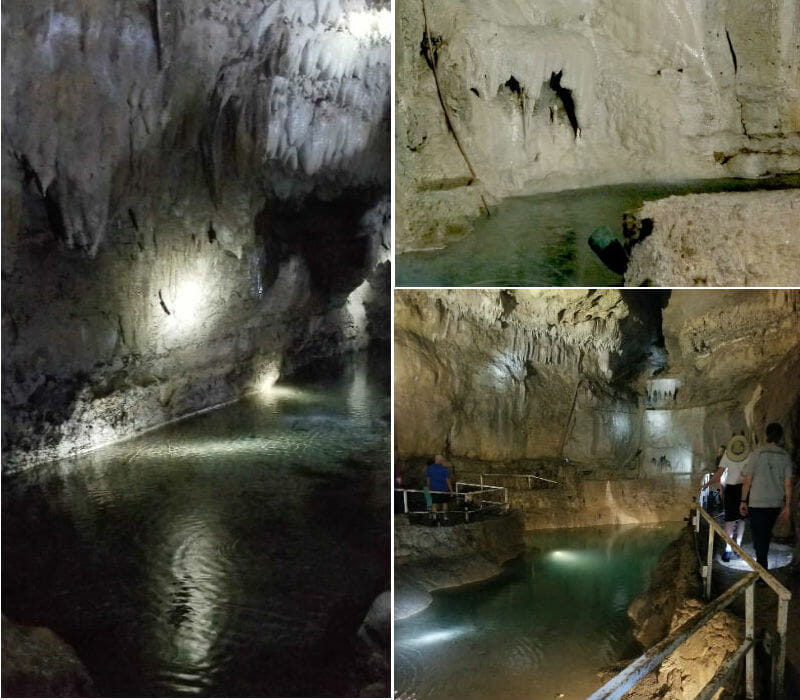 …until he reached a spot called the Pool of Repose. At the base of this structure ‘Mark’ deposited his precious load of eggs, as he had been instructed to do by Fred the dinosaur. Having done so, he he spent a moment gazing contentedly at his handiwork. 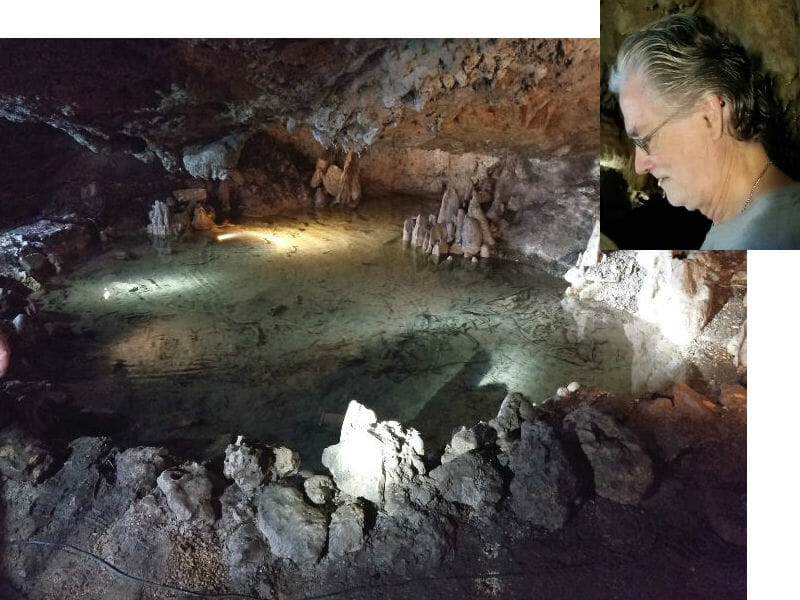 Mark views his handiwork and sees that it is good.

However, having completed his task, by what means was ‘Mark’ to find his way back to the surface? 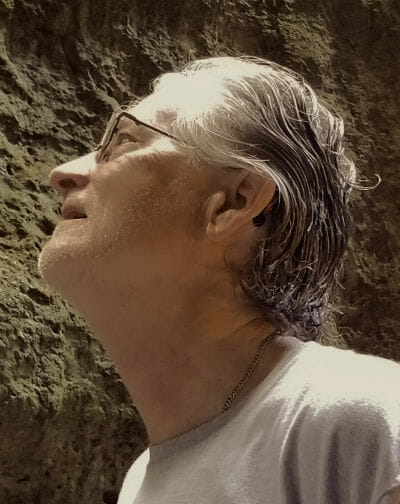 It’s a tight squeeze, but it’s the only way.

…into which ‘Mark’ inserted himself. At long last he emerged once again into the glorious light of day. 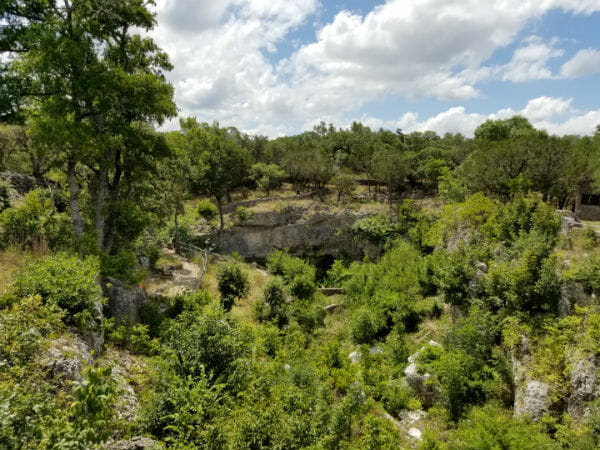 On top of terra firma once again.

Satisfied by the strangeness of his adventures underground and pleased by what he had been able to accomplish there, ‘Mark’ could now resume his life on the surface of the planet in the company of his fellow human beans. 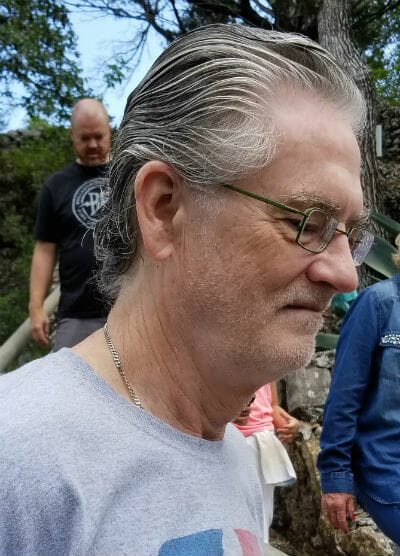 All’s right with the world.