After his experiences in the Bee-hive State (for which, see the blog posts beginning here: Mark in the Bee-Hive State), ‘Mark’ returned to his usual, if far from ordinary, life renewed and restored. Back in his home city, which as it happens is the capital of a leading United State of the south or possibly southwest, he pursued his dreams contentedly.

At length, however, a restlessness came over him, as it does, eventually, to us all. He chafed at the usualness of life and longed for adventures unknown to the common run of his associates. 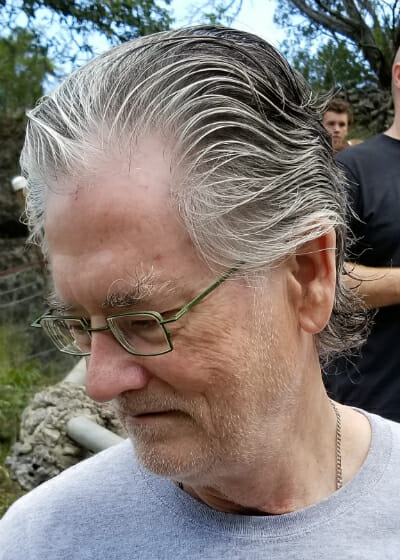 Even surrounded by his fellows, Mark’s soul was restless.

Little did he realize how soon and how remarkably his longing would be fulfilled!

However, our story requires us to backtrack for a bit and speak of earlier in the life of ‘Mark.’ Years previously, while tarrying in lands far to the north, he spent time in the town of Drumheller, where he became acquainted with a number of its citizens — all of them dinosaurs. 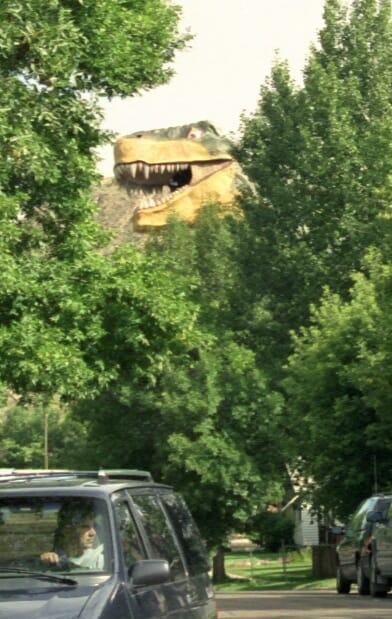 In any other town, this would be an unusual sight. 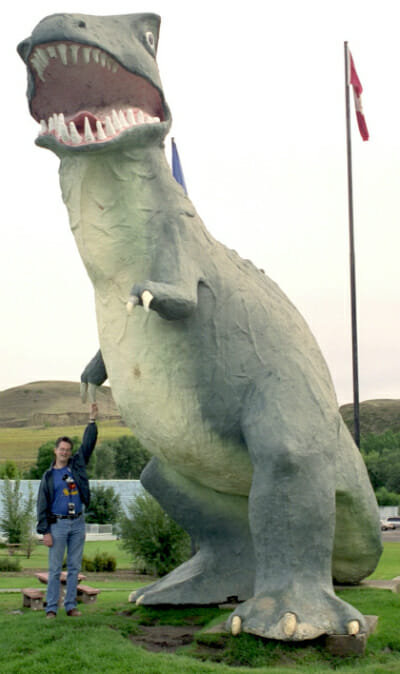 Mark with a very tall Drumhellerite. 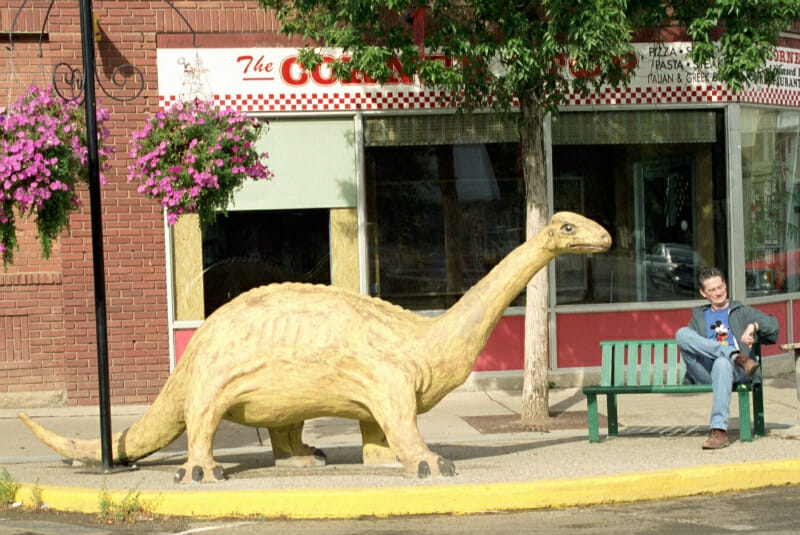 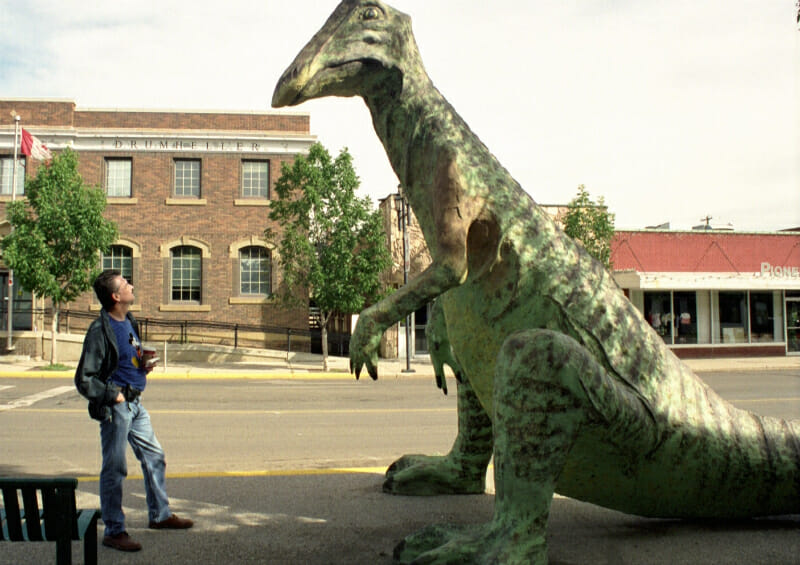 On a downtown sidewalk, Mark talks with a Drumheller acquaintance. 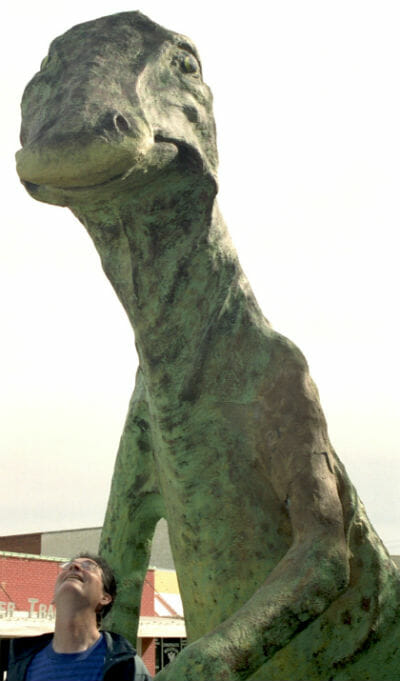 He gauges the distance between them. 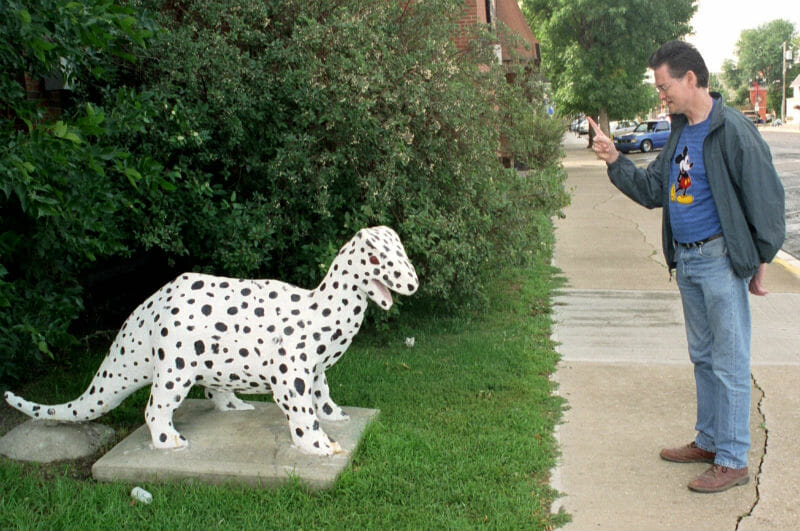 Mark is obliged to scold a Drumheller resident. 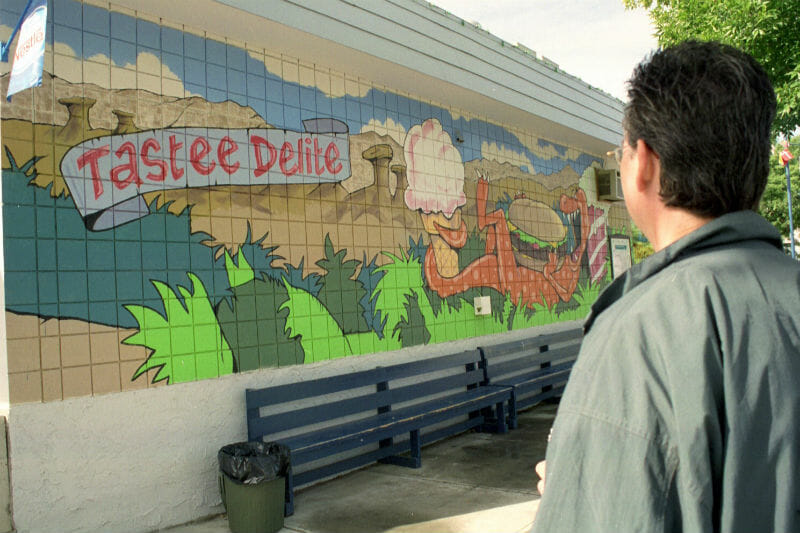 Those happy days were a distant memory. But just now ‘Mark’ had received an urgent message from a Texas cousin of the Alberta dinosaurs.  It was an email containing these words: “Come quickly to the Texas Hill Country — to Cascade Caverns! We dinosaurs need your help!” 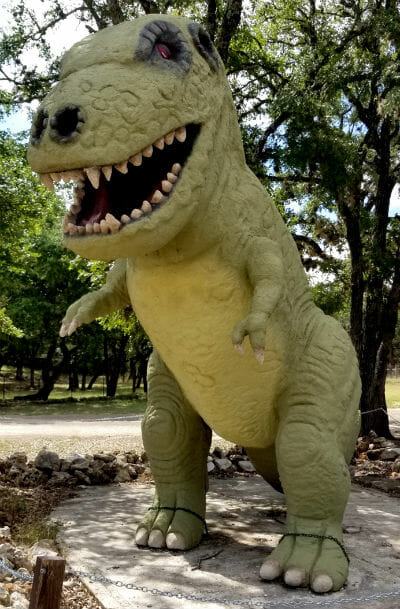 Once ‘Mark’ had arrived there, Fred (for that was the dinosaur’s name) explained that the Texas dinosaurs were in danger of dying out, because their eggs had been harvested by locals and were being sold to tourists as curiosities. ‘Mark’ would need to buy up the eggs, then transport them to a special place of incubation underground where the infant dinosaurettes could hatch and grow free from human predation. 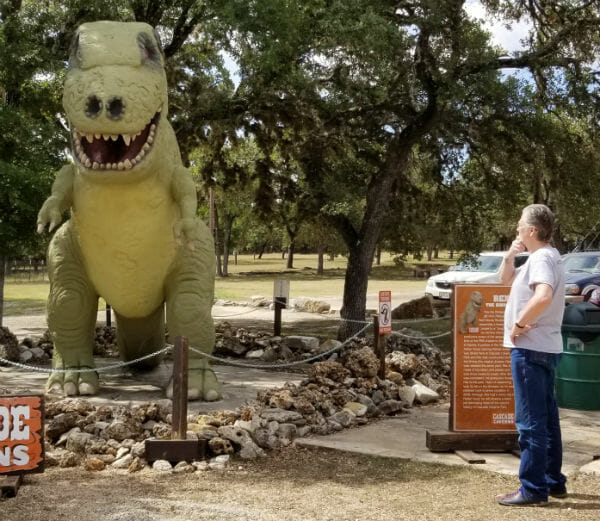 As Fred explains the situation, Mark ponders how he can help.

Suddenly, “Oh! Wait just a minute,” said Fred. “I have to see about something. I’ll be right back.” 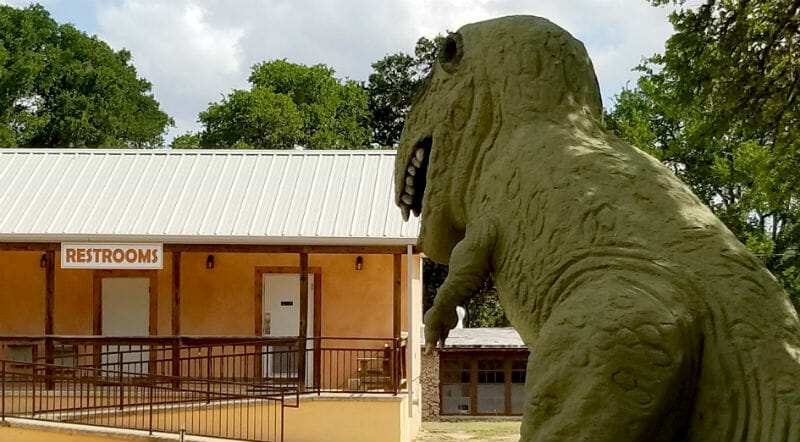 ‘Mark’ waited patiently until Fred returned. Then he agreed to do all that Fred asked of him. 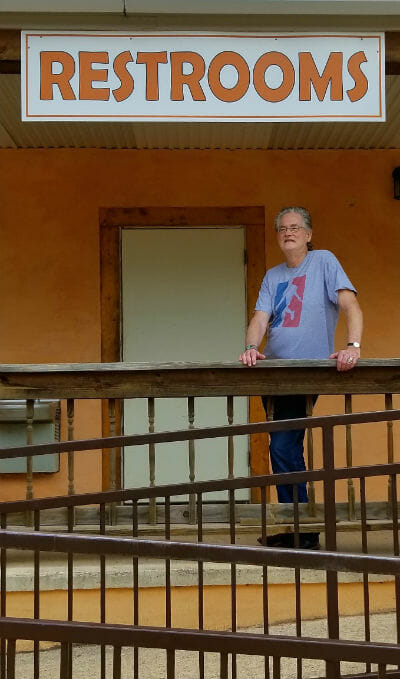 ‘Mark’ entered the gift shop and located the precious eggs. He purchased all of them, which cost him a pretty penny. 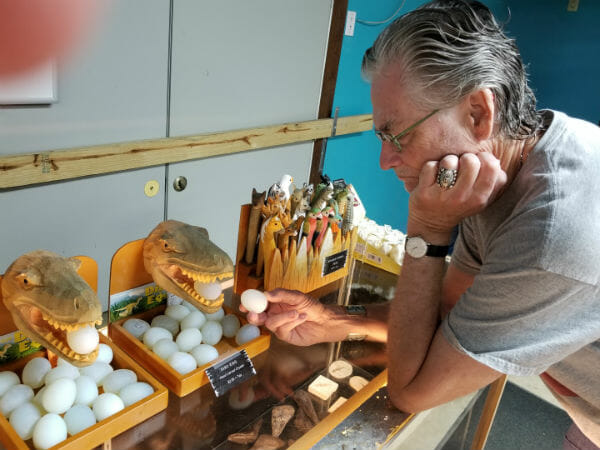 He was well aware that in no circumstances would he be able to recuperate this money. It mattered little to him, however, for his duty was clear. 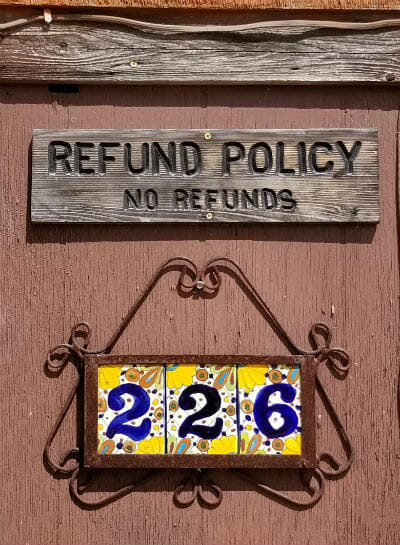 The problem now facing ‘Mark’ was how to make his way to the underground regions. He emerged from the gift shop and surveyed the territory before him. 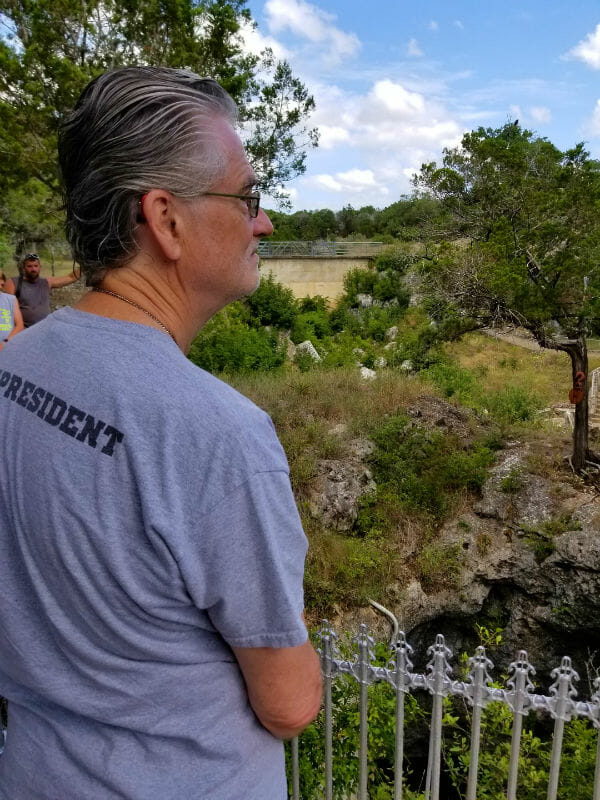 These underground adventures of ‘Mark’ continue in Part 2!