The French stage, from its earliest heyday, has reserved a special place for doctors. In this review, we present notable scenes involving physicians from 20th-century plays and an entire 17th-century farce by Molière (who was particularly fond of putting doctors on stage).”

Here are the excellent cast of seven, plus one other person: 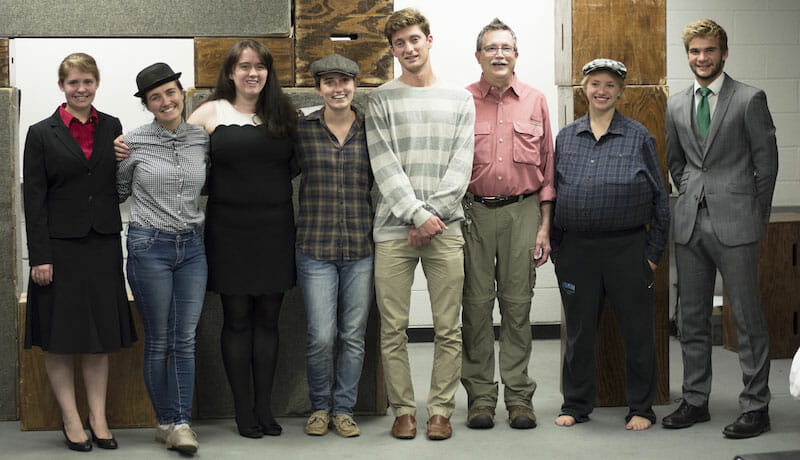 (All pictures are courtesy of champion photographer DGP.)

The three items on the program were these:

a.k.a. Une Visite médicale. From the (virtual) playbill: “A mid-twentieth century sketch by an unknown author, in which a zany physician instructs an upper-class Parisian couple in how to bring up their daughter.”1 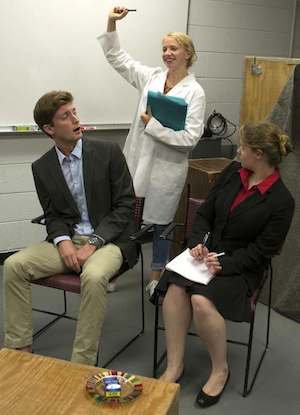 Mr and Mrs Cauvin receive excellent advice about the rearing of children.

“Scenes from a famous 1923 comedy by Jules Romains, in which a country practitioner strives to convince the inhabitants of an entire district that they are all very ill.” 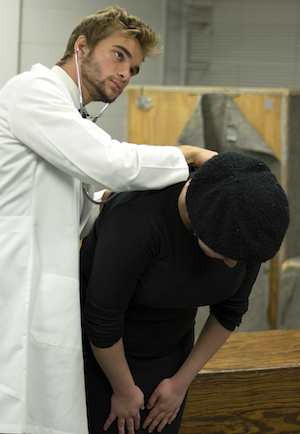 Dr Knock auscultates one of his victims (the Lady in Black).

“One of the earliest texts we have by Molière (c1650), this farce showcases the same situation as his very last play: to defeat folly and help young lovers, a servant must pretend to be a doctor. The fake physician in our story turns out to need not only a glib tongue, but limber limbs.” 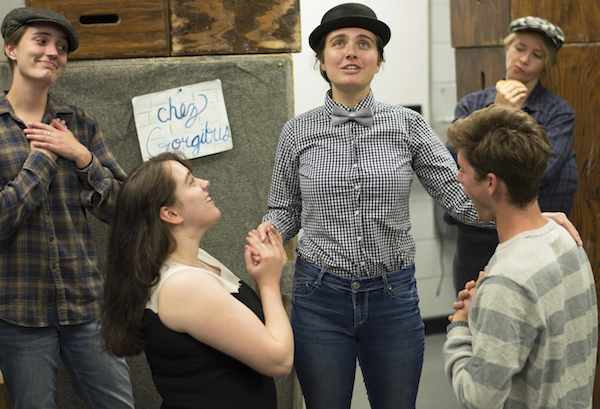 A foolish but fond father, Gorgibus is reconciled to his daughter and new son-in-law.