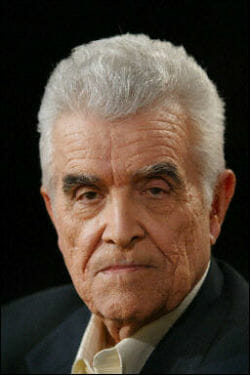 I have been impressed by the thought / approach / insights of anthropologist René Girard ever since I first became acquainted with them back in the 1990s, when they were already a couple of decades old.

Not so much, I must admit, by his celebrated 1961 book of literary studies, Mensonge romantique et vérité romanesque (or Sex, Lies, and Videotape in English1). Indeed, his treatment of works of literature I know I frequently find rather odd. For that matter, the very concept and the complicated operations of “mimetic desire” remain somewhat opaque to me.

On the other hand, everything he has to say about collective violence and its easing through the scapegoat mechanism, together with the long-term consequences of this mechanism in ritual, magic, myth, and just about all aspects of human culture I find, if not always compelling, nevertheless fascinating, thought-provoking, and much of the time highly plausible.

René Girard and the Bible

Not the least attractive side of his work is the new reading Girard gives to certain biblical texts, both Hebrew and Christian. For those of us who have problems with the standard Western (that is, Augustinian-Anselmian-Scholastic) theory of atonement, in which God, divinely offended by the waywardness of humankind, graciously accepts reparation in the substitutionary punishment of his Son – well, for such folks Girard’s account of what is really going on in the Gospels is, one might say, a godsend.

Not that this account isn’t very strange. As with other texts, Girard’s interpretation seems, at least initially (at least to me), foreign to the intent of the Gospel-writers themselves. Much of his hermeneutic rests on the value he gives to the terms skandalon (“stumbling-block”), Satan, and diabolos. All three end up meaning something very different from both what you might imagine the evangelical authors themselves meant and what they have been taken to mean by the subsequent theological tradition.

Now, I am willing to overlook, at least provisionally, such problems, so satisfying and powerful do I find Girard’s (re-)interpretation of the Gospels overall.

For RG, the story of the Passion, by exposing to view the true nature of the scapegoat mechanism, essentially undoes it, and thereby undercuts the primordial or primeval basis for religion, myth, and ritual. Nothing is more foreign, more essentially counter, to the underlying nature of myth, I believe he would say, than the Gospels.

All of this is very fine. I am willing to go along with it, even though, as I say, initially it seems so different from we usually take, and have taken, the Gospels to mean. All that is as nothing, if it is true that, at long last, someone (namely, RG) has figured out their real meaning.

And now we get to my request. It has to do with passages in the NT that seem not to lend themselves to the Girardian hermeneutic: that seem, in fact, to be “mythical” in the bad (sacrificial, scape-goat-al) sense. The request is, for you experts in the thought of this man, to provide me with a satisfying, Girard-like justification for these passages.

I have two in mind in particular:

The Cursing of the Fig-Tree 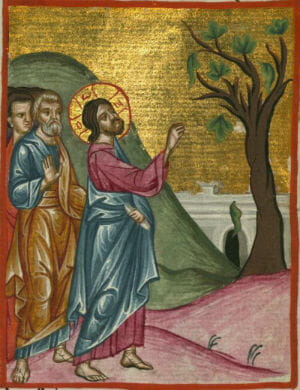 Jesus is displeased by a fig tree without fruit.

The least satisfying of all parables, if this is a parable. If the fig-tree is not bearing fruit, isn’t that punishment enough? Why make it wither? If there is some respectable meaning present in this incident, surely it is something other than the one provided in the Gospels themselves, namely that the blighting of this tree is an example of the power of prayer (Mark 11:22-25 and Matthew 21:21-22). That explanation smacks, to me, of the magical-sacrificial, and the “power” of prayer is a bit too close to violence. Will a Girardian interpretation here not require some deconstructing? 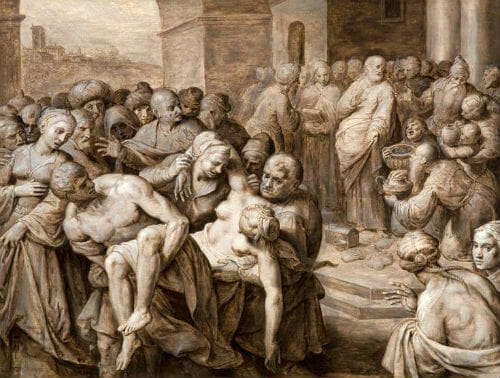 The lifeless Sapphira is carried out.

Granted, Ananias and Sapphira misbehave (they have tried to fool Saint Peter into thinking they have handed all their money over to the Jerusalem community, when they haven’t), and no doubt they deserve some disciplining, but seriously, striking them down dead? Were no other sanctions available? Like, for instance, excommunication? (See !st and 2nd Corinthians.) As in the case of the cursed fig-tree, doesn’t this passage reek of the magical and the violent, and will a Girardian not be obliged either to disavow it or to deconstruct it mightily?

I await your explanations.