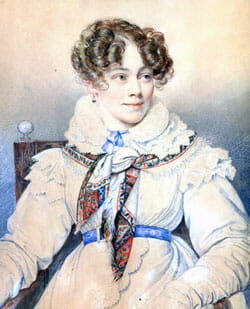 This story appears in the Nouveaux contes de fées (1856), which launched the glorious not-quite-twenty-year career of Sophie Rostopchine, Comtesse de Ségur, as a writer of children’s literature.

The entire collection of tales, as well as many other excellent works by this author, can be found at fr.Wikisource.org.

Like most fairy-tales, Le bon petit Henri talks about simple things, in simple language, with, moreover, a fair amount of repetition (most things happen in threes). That simplicity, accompanied as it is with a sound moral lesson (the Countess was nothing if not a strong upholder of Things As They Ought To Be), makes it appropriate to propose as a text for “reading in bulk,” i.e., as something that can be read speedily and with minimal consulting of a dictionary.

However, be advised that children in 19th-century France were expected to know their literary tenses (one hopes they still are), notably the passé simple; and so should you. By all means review the Language File The Simple Past if you feel called on to do so. (Grand-mère Sophie will approve.)

In the version I provide here (which came from fr.Wikisource.org), I have added glosses and other sorts of explanations as endnotes. As well as some very fine images. Before starting in on reading, PLEASE study the first few pages, in which I provide you with very useful information about some recurring constructions.

The PDF version, for its part, has bookmarks.

What I do not include from the Wikisource site in either version is a few delightful images by none other than Gustave Doré. For your convenience, I am placing them below. They and their captions may give you an idea of whether this is the sort of story for you.

Assiduous readers of C.S. Lewis’s Narnia tales will note a similarity between this story and The Magician’s Nephew. 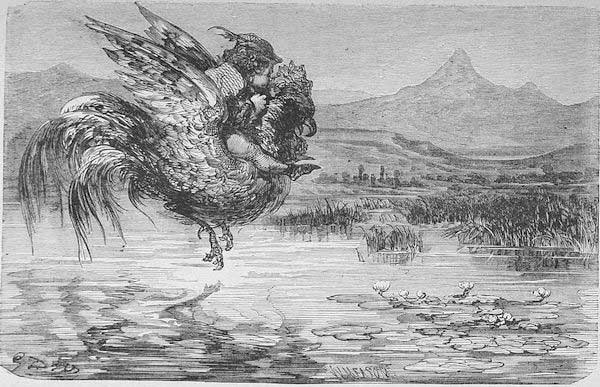 In Chapter 2, Henri is helped across a river by a grateful and unusually large rooster. 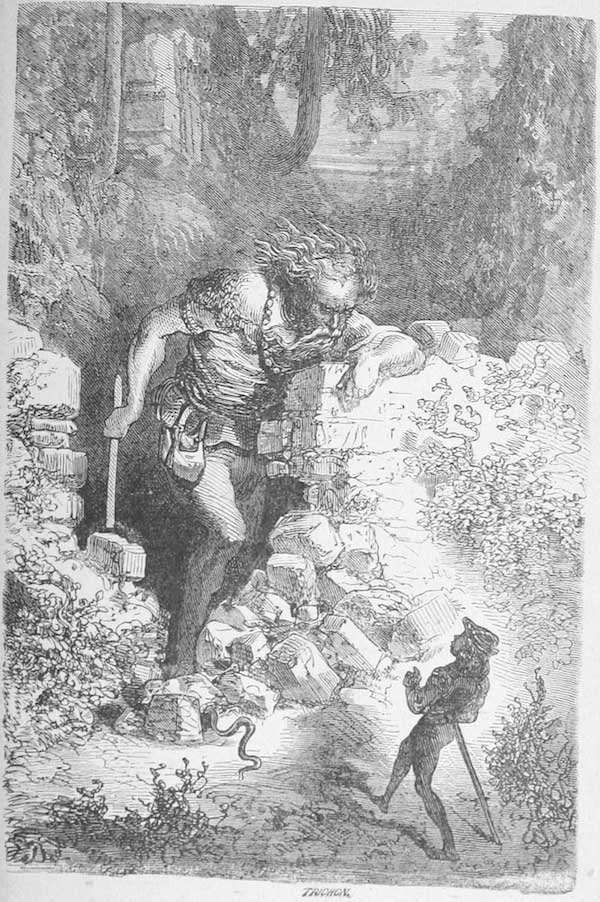 In Chapter 4, a giant makes Henri become acquainted with the ins and outs of viniculture. 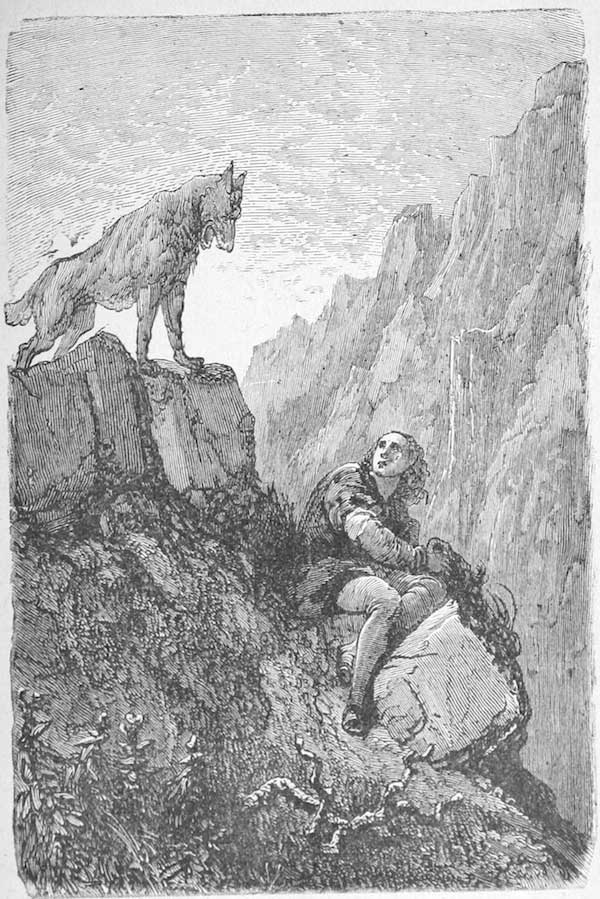 In Chapter 5, a wolf wants Henri to kill an enormous amount of game for him. (You will note that Henri is getting larger.) 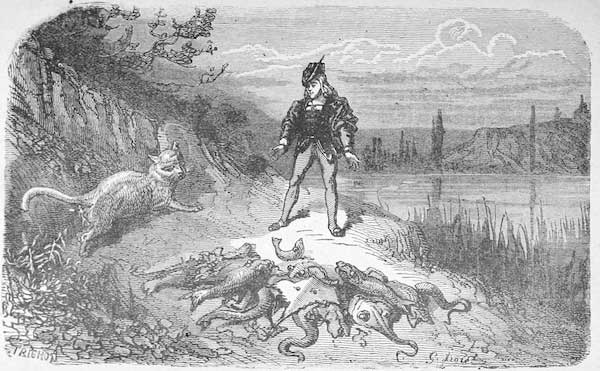 Having caused the death of all the walking and crawling wildlife in the area, now in chapter 6 Henri is told by a cat to kill all the watery creatures. 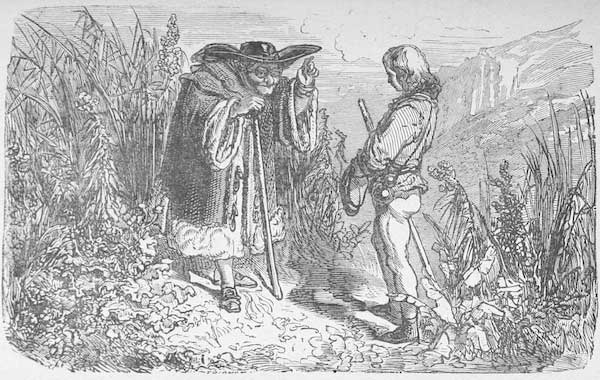 At last, in chapter 7, having overcome all obstacles—climbed walls, traversed rivers, made wheat into bread and grapes into wine, as well as getting a lot of his fellow creatures killed—Henri reaches the end of his quest.