For the first post in this series, see Mark in the Bee-Hive State Part 1.

What was not his surprise, then, on encountering, not very far south of Salt Lake City, what was to him the unexpected LDS temple of Manti, more splendiferous-seeming, at least by its high setting, even than the temple in SLC: 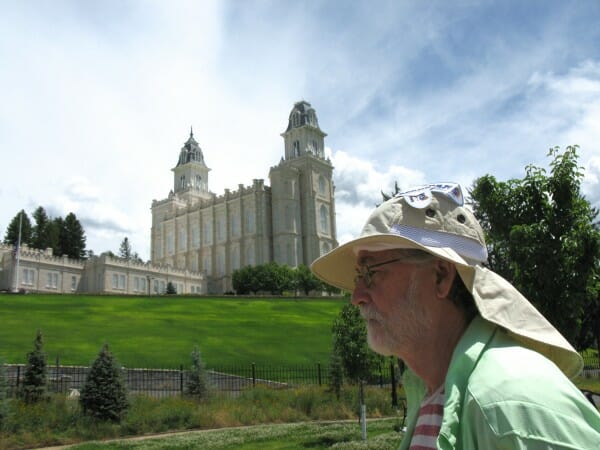 Was ‘Mark’ struck by the fact that the Manti temple was actually completed before the SLC temple? Very likely.

‘Mark’ was to have one further reminder of the pioneer Mormons who had preceded him on his journeys when he passed through the town of Loa, so named by an early Mormon missionary to Hawaii (on which see here). 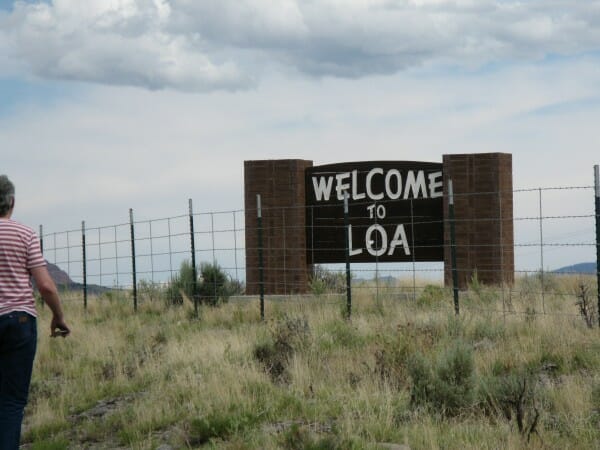 The time of these preliminary little graces was over; now it was necessary for ‘Mark’ to strike out on his own into the dry, dusty wilderness. Or so he thought! In fact, another spiritual oasis and historic memorial awaited him: the Edenic plantation of Fruita, founded c1880, nestled within Capitol Reef National Park by the side of the Fremont River: 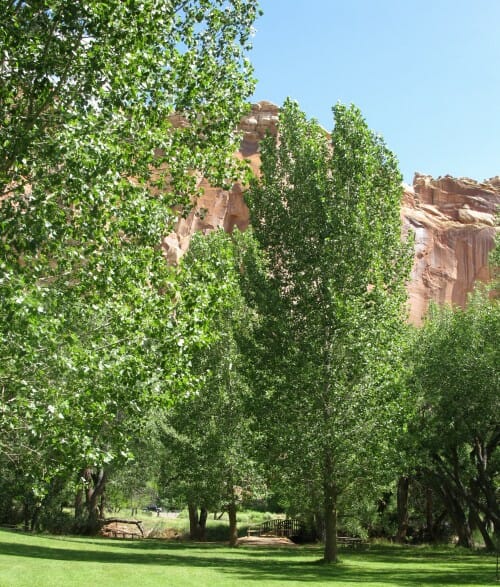 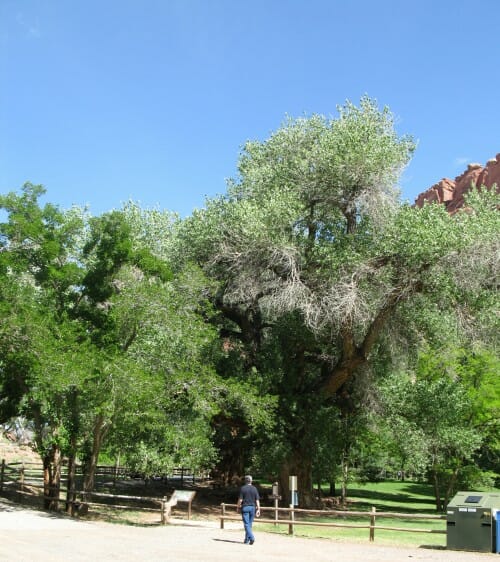 More trees of Fruita, with a tiny Mark approaching them. 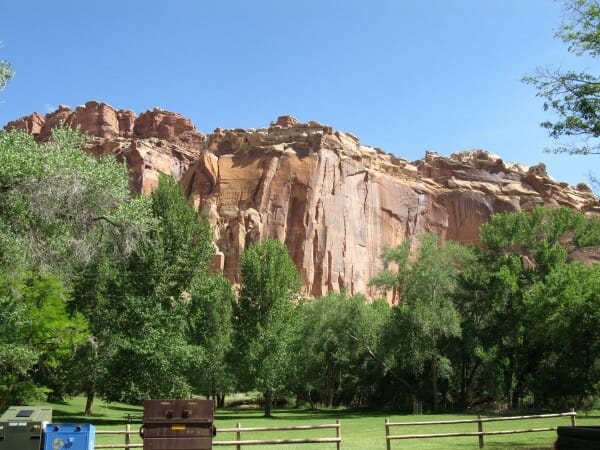 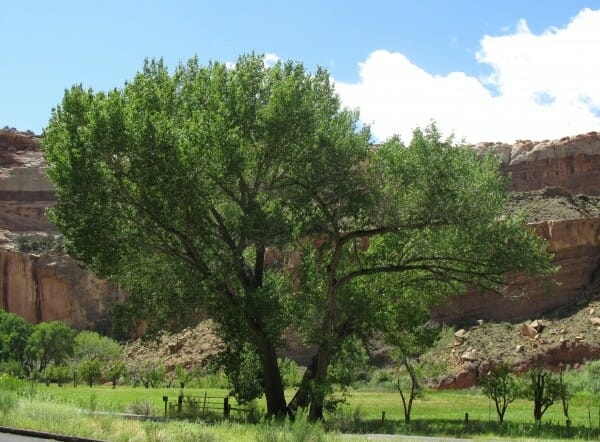 A tree not far from Fruita.

Nevertheless, however verdant this valley, ‘Mark’ was aware that his journey into the hard, dry, rocky places now could not be put off any longer. 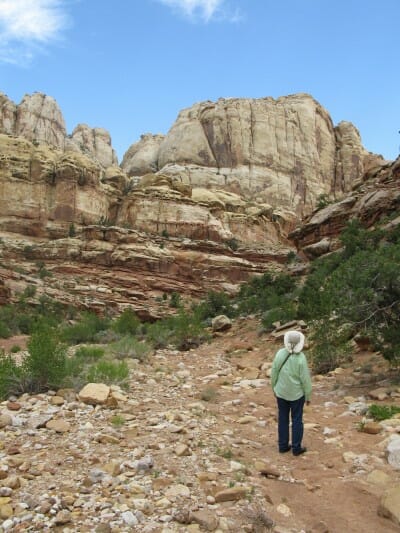 ‘Mark’ was all but overwhelmed by what lay ahead.

For the third post in this series, see Mark in the Bee-Hive State Part 3: Definitely in the Desert.